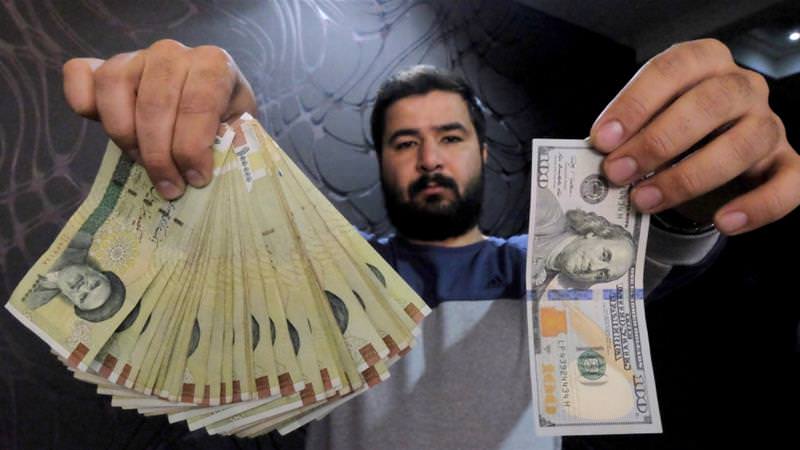 Will Iran turn to Crypto to anchor economy

Bitcoin is down today 4% hovering around 6.4k.  A far cry from its high in 2017 as it approached 20k.  Volatility has definitely been an issue with Cryptocurrency however true wealth collapse may be best exhibited with the collapse of government fiat that goes out of favor.

Currently this can be see with Iran's Rial that has collapsed 128% since the Nuclear Deal with the US fell apart.  Now the drop in its value seems to be quickening further.  The drop is occuring so quickly that many exchange shops are closing their doors refusing to accept any Rials in exchange for US Dollars.  Earlier in the year shockwaves were sent through out the country when merchants from Tehran's Grand Bazaar went into the streets to protest the government.  The Grand Bazaar has been a central economic symbol and pillar for Iran for centuries.

Goods that come from imported materials such as Diapers are growing in cost as the Rial falls.  Among the top goods worried about are diapers.  Khamenei addressed this himself accusing the US of economic sabotage on his official website saying:


"Imagine that in Tehran or other major cities, baby diapers suddenly become scarce. This is happening, this is real, this is not make-believe. Baby diapers!" ..."This makes people angry. On the other side, the enemy wants people to be angry with the government and system. This is one of their ways." 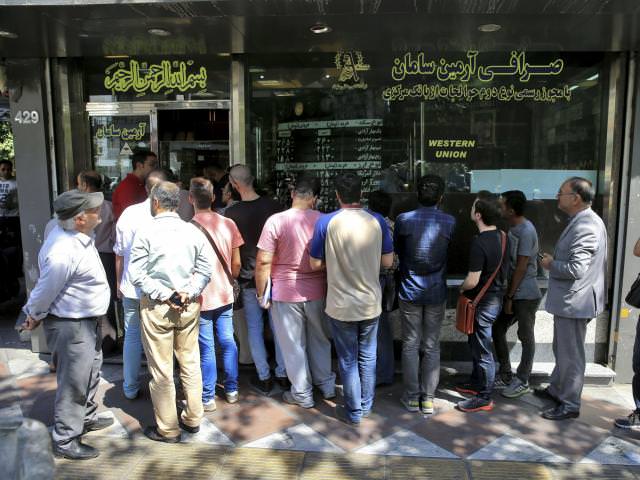 Queue lines are forming at cash exchange centers as well as at stores where people are rushing to get out of Rials and into other hard assets.  There is a cost to this rushing and worry it is called Shoe Leather cost by some economists.  Instead of a person spending time figuring out how to produce, invent, or learn something they become frantic with the need of protecting their wealth.  Another cost of hyperinflation is called menu costs where stores frantically update their pricing to keep up with the change in value of the currency.  These costs create an even worse downward spiral for the economy.  Instead of producing they are focused on these non value added behaviors that further hurt the fundamentals of the economy.  There are signs of both of these costs in play in Iran and they are definite signs of a death spiral that requires immediate policy action from Iran's government.

In an article from Forbes from July author Steve Hanke suggests the policy creation of an anchor currency such as one used in Bulgeria.  This currency would be heavily tied to a stable asset.  Hanke suggests that Iran should use Gold.  Gold tends to have a fairly stable value and that would certainly stabilize it in the shortrun.

Iran may turn toward cryptocurrency as a means of creating an anchor currency.  News came out from IBENA that the government seems to be relaxing its stance on some uses of cryptocurrency.  It should be noted that whether Iran uses Bitcoin or Gold both tend to be deflationary and would stop the hyperinflation but also begin to create other problems associated with deflation.

IBENA a news site covering the Iran Central Bank has been reporting that the Iran government is relaxing some of its laws to allow for official use of cryptocurrency.  Generally, cryptocurrency has been banned by authorities of non democratic regimes but Iran's government may have no choice.  The use of cryptocurrency in a hyper inflation situation has long been cited as one of its best uses, however failing governments have made it hard for their citizens to engage these technologies.

IBENA reported that The Secretary of Iran’s Supreme Council of Cyberspace, Abolhassan Firouzabadi said that cryptocurrencies have;  “been accepted as an industry in the government and all related organisations". Apparently, the government has still not decided what to do in regards to mining.


Iran could try to create its own cryptocurrency as Venezuela did with Petro.  Petro was set up by the government of Venezuala with promise that it was backed by oil from Venezuela.  However, neither the oil it was backed by or demand for the currency has materialized.  Iran does also have a great deal of oil to attempt this strategy or it could simply begin using another crytpocurrency or allow its citizens to use them.  That strategy seems somewhat doubtful as it would give the Iran people a tremendous amount of power and freedom which is something that the Iran State seems to ultimately fear.  That said the government is in a tough situation and they may be forced to take drastic measures.

Cryptocurrency researchers are going to continue to monitor the situation in Venezuala, Iran and Turkey heavily as those are areas that could benefit the most from a n independent system outside of that provided by their government.


Important Disclaimer: Dark Street does not endorse any financial vehicle or investment. Opinions expressed on Dark Street are those of the writers and not of Dark Street. The information provided in Dark Street including but not limited to; articles, notes, webinars and accompanying material is for informational purposes only. It should not be considered legal or financial advice. You should consult with an attorney or other professional to determine what may be best for your individual needs. Dark Street does not make any guarantee or other promise as to any results that may be obtained from using our content. No one should make any investment decision without first consulting his or her own financial advisor and conducting his or her own research and due diligence. To the maximum extent permitted by law, Dark Street disclaims any and all liability in the event any information, commentary, analysis, opinions, advice and/or recommendations prove to be inaccurate, incomplete or unreliable, or result in any investment or other losses. Content contained on or made available through the website is not intended to and does not constitute legal advice or investment advice and no attorney-client relationship is formed. Your use of the information on the website or materials linked from the Web is at your own risk.
Labels: crypto Iran Rial