Through Crypto a New Journalistic Media rises in Denver 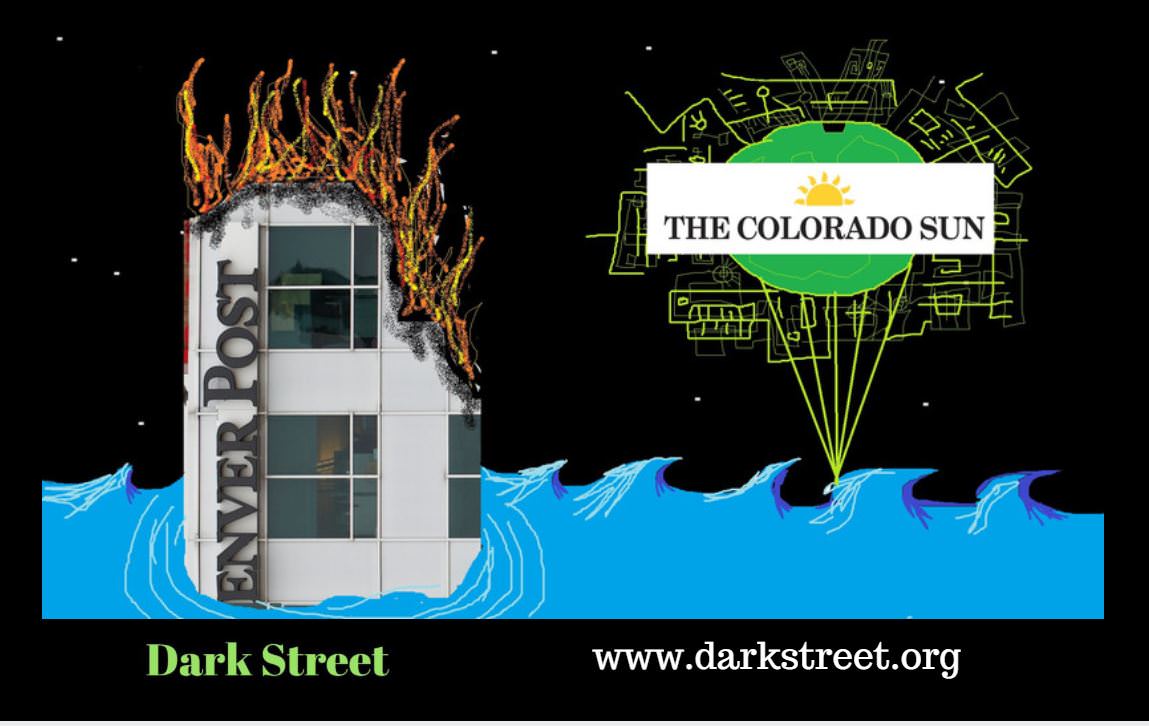 While many of the newspapers in Europe and Asia continue to do well the newspapers in the United States are dying.  There are common obstacles faced by all Newspapers notably wave of digitization of the news has led to a kind commodification where the news is being written by ever cheaper sources.  The newspapers have also struggled to maintain their physical orders, and to monetize the digital medium that consumers are turning toward.

To make things worse for Newspapers in the U.S. most are now owned by Hedgefunds who enforce ruthless cost cutting techniques to ensure that the papers remain in the black.  Through these methods the Newspapers have survived and are profitable, but it has come at a cost.  The cost cutting methods have led to a downward cycle in the size of newsrooms and also to overall readership.

Now former workers at Newspapers are turning to the disruptive power of Blockchain and Cryptocurrencies to work toward a new model.

Enter the Civil Media Company a cryptocurrency and blockchain technology company that seeks to disrupt the journalism space.  Civil is going to be an enterprise that seeks to put news on the blockchain.  The Enterprise will also create its own cryptocurrency token called the Civil Token or CVL that will be used to purchase items and services from the group.  The news sites will in turn be governed by a constitution based off the holders of the CVL tokens.


Civil is the decentralized marketplace for sustainable journalism, founded on the principle that a free and open press is essential to the preservation of a free, fair, and just society, and in the belief that global changes in technology, economics, and politics are endangering press freedom and press accountability.

Which elegantly covers the Crypto community's favorite buzzwords of decentralized and freedom.(You can read more about the governance in the Civil Constitution document located in Sources section at the bottom of the page.)  Civil's constitution outlines the type of organization they are pursing:

Civil Media Company's main investor is CoinSynsy.net whose founder is Jospeh Lubin co-founder of Ethereum.  The CVL token will certainly provide a way for projects to govern themselves.  What remains unclear however is how the economics will be altered into the enterprises favor.  Will selling CVL tokens serve as a way for media enterprises to sell their influence and generate extra capital in that manner.  That turn toward economic sustainability could  hurt the perceived objectivity of the enterprise.  Though this is a balancing act that newspapers have long had to juggle.

Civil Media Company aims to have around 1,000 news sites up and going by the end of the year.  The company just announced a significant partnership right here in Denver, Colorado.


All Crypto Roads Lead to Denver


Dark Street has its head quarters in Denver Colorado where recently there have a variety of cryptocurrency and blockchain enterprises.  It is of little surprise to us to see that one of the first publications being launched using this Civil Token and Blockchain will be a Denver based media outlet called the Colorado Sun.  On top of the natural affinity between Denver and Cryptocurrency is also the ongoing events at the Denver Post.

The Denver Post has been the major flagship Journalistic institution in the State of Colorado ever since Denver's two major Newspapers the Rocky Mountain News and the Denver Post were merged together in 2001.  As such much of the top tier journalistic talent in the state works for the Denver Post.  All is not well for the Denver Post however.  Amid lagging sales the ownership of the Post a Hedge Fund called Alden Global Capital has continued to squeeze down costs by cutting staff and other measures.  The cost cutting measures have sparked a public dispute between the Denver Posts Staff and its ownership that made of national news earlier in the year.  The Editorial Board at the Denver Post published scathing reviews of the papers ownership leading to the exit of numerous highlevel editors and staff.

The ongoing drama between the Paper's editors and its ownership has left many of the top writers and editors out of a job.  Things got really interesting over the past few months when some of the top names began to leave of their own accord.  We now know that some of them were planning to work on building up a project called the Colorado Sun.

As one institution fades, a new one rises.

The Colorado Sun is a partnership with the Civil Media Company to create a regional digital media outlet that will utilize blockchain technology to store articles.  The Sun will also utilize the CVL token.  This means that the Colorado Sun not only enjoys the novelty and technology of using the Blockchain but also has the top talent in the state.


Lets look a little more around the facts of the Colorado Sun as this currently seems to be the Flagship enterprise of the Civil Token.


Something I want to stress about @ColoradoSun: our focus is the *entire* state. Part of our mission is to reach people who don't feel seen by news in general. If you've got story tips or ideas on how we can achieve this, hit us up: newsroom@coloradosun.com or eric@coloradosun.com
— Eric Lubbers ☀️ (@brofax) June 17, 2018


Could not be more excited to announce @coloradosun - an A-team mission to float local journalism not dependent on ads or halfwit hedge funds. We will rely on readers. Please take a look, help us, direct us. We will not let you down Colorado. https://t.co/cTigRoVAbJ
— Jason Blevins (@jasonblevins) June 17, 2018


We're initially backed by @Join_Civil, but we are going to be powered by support from readers like you. We'll soon have a place to sign up for subscriptions, but for now, you can snag a tote bag/t-shirt/sunglasses over at our Kickstarter: https://t.co/G42LbqAwWQ
— Eric Lubbers ☀️ (@brofax) June 17, 2018

Here are some quick facts on the

The writers at Dark Street will continue to watch and monitor the Colorado Sun and the Civil Media Company.  As more information becomes available we will analyze the economics and philosophical underpinnings of the project.  For now though as fellow journalists in Denver we wish it luck.

---Thoughts here are from Kid Crypto.  Follow me or reach out to me on my twitter.
@KidCrypto1

Important Disclaimer: Dark Street does not endorse any financial vehicle or investment. Opinions expressed on Dark Street are those of the writers and not of Dark Street. The information provided in Dark Street including but not limited to; articles, notes, webinars and accompanying material is for informational purposes only. It should not be considered legal or financial advice. You should consult with an attorney or other professional to determine what may be best for your individual needs. Dark Street does not make any guarantee or other promise as to any results that may be obtained from using our content. No one should make any investment decision without first consulting his or her own financial advisor and conducting his or her own research and due diligence. To the maximum extent permitted by law, Dark Street disclaims any and all liability in the event any information, commentary, analysis, opinions, advice and/or recommendations prove to be inaccurate, incomplete or unreliable, or result in any investment or other losses. Content contained on or made available through the website is not intended to and does not constitute legal advice or investment advice and no attorney-client relationship is formed. Your use of the information on the website or materials linked from the Web is at your own risk.
Labels: cryptocurrency Denver Sun The Denver Post The Denver Sun