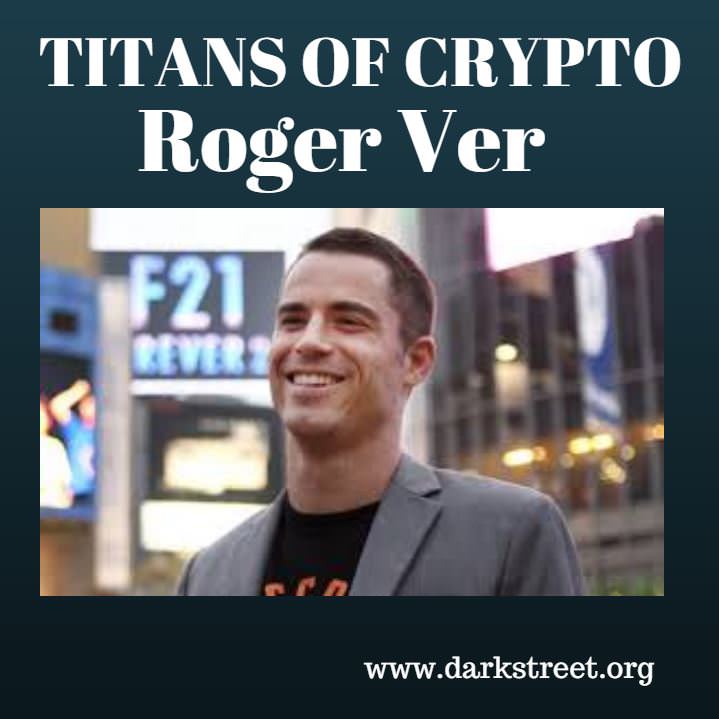 
About the Titans of Crypto Spotlight series:
Darkstreet has started a series of articles each focusing on an individual who our bloggers feel is a Titan of Crypto.  These are major thinkers, investors and influencers in the cryptocurrency space.  Our goal with the series is to get outside of the generally followed founders and programmers in the crypto world and instead shine the light on people who are communicating, and expressing crypto ideas.  We feel that these are the individuals that are going to bridge the old systems of yesteryear and the decentralized systems of tomorrow.

Meet Roger Ver
Roger Ver is a successful investor in various cryptocurrency businesses.  At times he has been referred to as an "Angel Investor", which is an investor that invests/lends money to business start ups.  In the case of Roger Ver a bulk of those business have been in the space of cryptocurrency.  His advocacy and angel investments in the space have earned him the nickname of "Bitcoin Jesus".

Notable investments in the Cryptocurrency space by Ver include Bitinstant, Ripple, Blockchain.Info, Bitpay and Kraken.

Another title that hangs on Ver is the term Bitcoin Evangilst or a person that creates a platform and expresses and advocates for the adoption of Bitcoin.  Ver is one of a group of Crypto enthusiasts that promotes the Bitcoin Cash fork of the original Bitcoin.  The Bitcoin.com Domain name has been owned and run by Roger since 2014.

Memorydealers.com a store that was one of the first Bitcoin stores.  He also created Bitcoinstore.com another store that sells a multitude of items with cryptocurrency as the medium of exchange.

He attempted to help the community after the crisis that affected Bitinstant.   A legendary meeting occurred between Nick Carey and Roger Ver after the Bitinstant exchange stopped working.  This was a severe crisis for the Bitcoin movement as Bitinstant at the time was the major exchange (Only exchange?) between Bitcoins and US Dollars.  When Bitinstant stopped working Roger Ver invested in a company called Blockchain.com to help the fill the gap but he need someone to head the enterprise.  On the recommendation of his Erik Voorheese, Ver was introduced to Nick Carey.  After a Skype conversation Carey flew out and met Ver in Tokyo in the Robot Restaurant.  The Robot Restaurant is a   eccentric restaurant that is known for its wild and electric atmosphere.  It resides the similarly wild red light district of Kabukichō just outside of Tokyo.  The restaurant was one of Ver's favorite places to entertain western guests as it was living hyper example of technology, and wild spectacle of Tokyo.  The meeting went well and Carey became the CEO of Blockchain, which allowed to it to continue and to grow into the largest Bitcoin wallet companies in existence.

Yes, a kind of Sci Fi meeting over the future of digital currency occurred at a robot restaurant. It really seems rather fitting. Yes the Robot Restaurant is real.  Actually, I have never been there but its officially on the bucket list.  Looks like a Japanese version of Casa Bonita on LSD.

It could be argued that this is one of the most pivotal meetings in Cryptocurrency.  The creator and developer of Blockchain was Ben Reeves a British programmer.  Reeves had created one of the best ways to safe guard cryptocurrency however he was beginning to get overwhelmed.  Reeves had run the company as a one man show, and Ver as its major investor needed to find a CEO to remove some of the pressure.  Carey ended up being that guy and the rest is history.

One of the primary issues of advocacy pursued by Roger Ver is explaining the difference between Bitcoin and BitcoinCash after Bitcoin was forked.  Ver is on the side of Bitcoin Cash being considered the original and upgraded form of Bitcoin, while others consider Bitcoin Core to be the main Bitcoin.  The primary difference between the two groups is what size the block should be.  Small Block people advocate to keep the block size the same in an attempt to keep out larger mining outfits, while larger block advocates push to make it larger so it can be more fast and efficient.  Ver and Bitcoin Cash are on the side of larger blocks.

This issue comes up throughout his communications and he is on the vanguard of the Bitcoin Cash movement to direct Bitcoin related sites toward Bitcoin Cash and away from Bitcoin Core.  The issues created by Forking are becoming a major talking point both as Bitcoin Forked and the other major cryptocurrencies.  While this may seem like a distraction by many, to others this is setting right the foundation of Bitcoin which they believe cryptocurrency must be build upon.

As with most philosophical battles this one does harm to both sides, however it also is providing useful thoughts, technology and experience for the overall cryptocurrency market to grow from.


A good interview of Roger was done by Humans of Bitcoin:


BCH is Bitcoin in principle, game theory, economics, whitepaper definition, and all the things that made it successful to begin with.
Today BTC is Bitcoin in name only.https://t.co/etAsLH4cbk
— Roger Ver (@rogerkver) June 10, 2018


Everything has scaled exponentially except for BTC.
This is why I support BCH.https://t.co/6EeRmpfaH7 pic.twitter.com/skspsKTh10
— Roger Ver (@rogerkver) June 6, 2018

Bitcoin Core (BTC) is an experimental currency that does not have a white paper and has only operated under its current model for two years. pic.twitter.com/W4qzVqYc47
— Roger Ver (@rogerkver) May 27, 2018 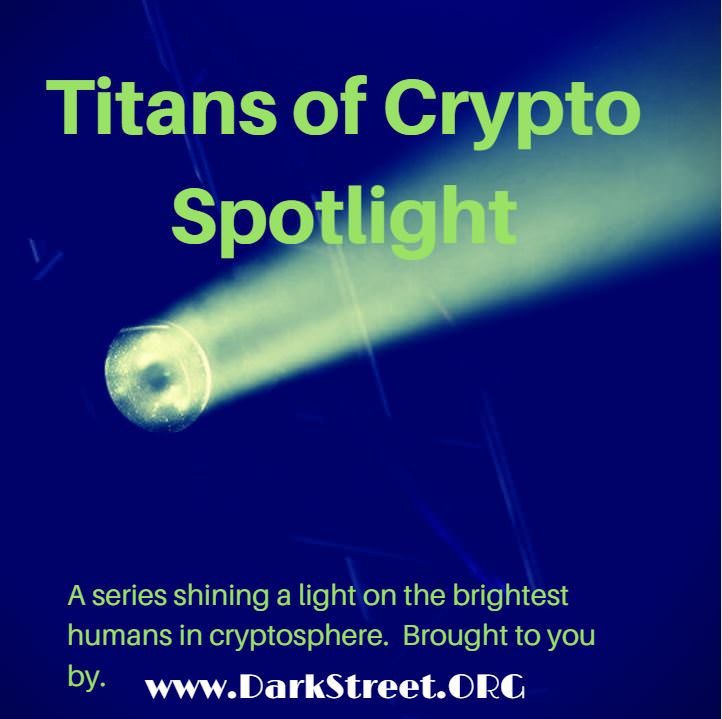 How Money Got Free: Bitcoin and the Fight for the Future of Finance. © 2017 by Brian Patrick Eha


Support the Dark Street Project
Dark Street is committed to educating the masses about Bitcoin and other cryptocurrency technology.  You can help us get out the word.
You can support us by sending us through Crypto using QR codes below!

Important Disclaimer: Dark Street does not endorse any financial vehicle or investment. Opinions expressed on Dark Street are those of the writers and not of Dark Street. The information provided in Dark Street including but not limited to; articles, notes, webinars and accompanying material is for informational purposes only. It should not be considered legal or financial advice. You should consult with an attorney or other professional to determine what may be best for your individual needs. Dark Street does not make any guarantee or other promise as to any results that may be obtained from using our content. No one should make any investment decision without first consulting his or her own financial advisor and conducting his or her own research and due diligence. To the maximum extent permitted by law, Dark Street disclaims any and all liability in the event any information, commentary, analysis, opinions, advice and/or recommendations prove to be inaccurate, incomplete or unreliable, or result in any investment or other losses. Content contained on or made available through the website is not intended to and does not constitute legal advice or investment advice and no attorney-client relationship is formed. Your use of the information on the website or materials linked from the Web is at your own risk.
Labels: bitcoin Bitcoin Jesus BitcoinCash cryptocurrency Roger Ver titans of crypto