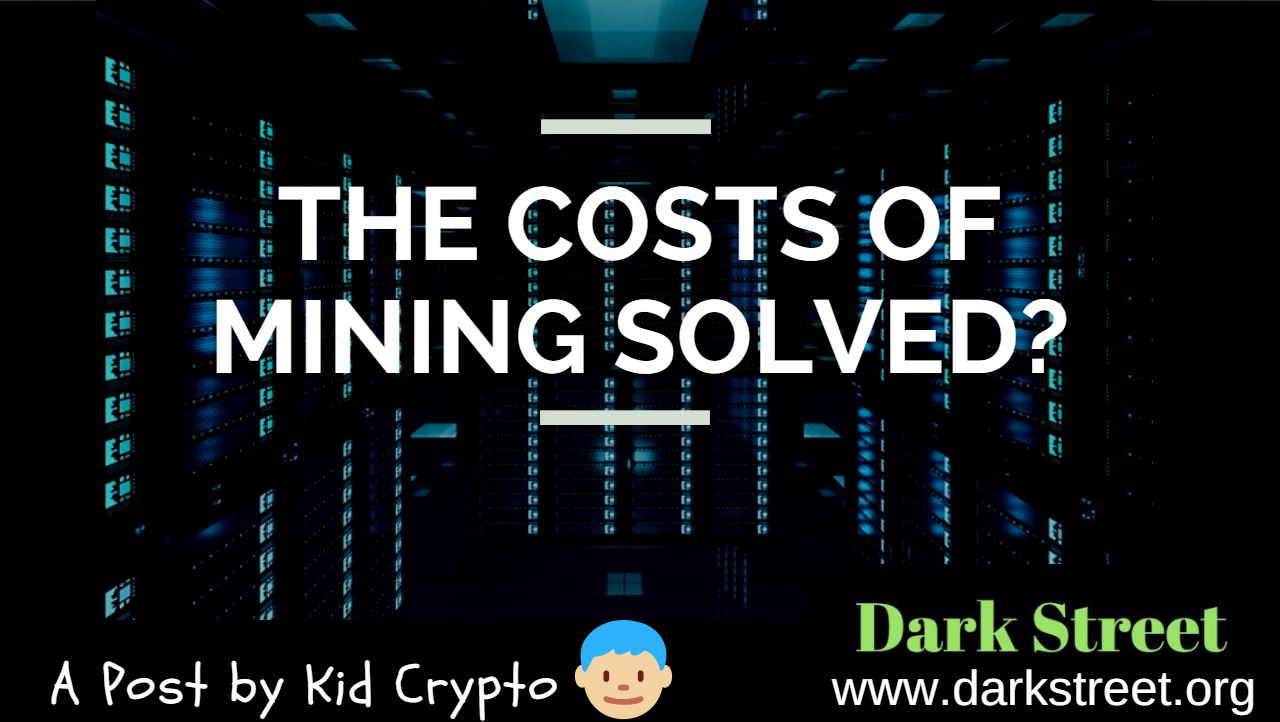 Cure to Bitcoin's Energy Woes - Green Energy or a Change in Direction?


Look I love Bitcoin, I would not be writing about it if I didn't but.....it has some issues.  Many have denied those issues for awhile but some recent statistics are pretty startling.  One of the particular worries is both the amount of computer hardware going toward Bitcoin Mining as well as the energy being spent on the process.

Bitcoin is designed to reward future Bitcoins to the holders of computers that are engaged with solving hash algorithms that increase in difficulty overtime.  As the hash algorithms increase in difficulty ever more computer power must go to the mining of the next Bitcoin.  Bitcoin Miners are thus trading electricity and use of electronic equipment for Bitcoins.  One of the problems with this trade off is that it is not environmentally friendly.

According to Alex de Vries of Jules, Bitcoin Miners are already using the same amount of electricity as that of the entire country of Ireland and usage headed much higher.


The Bitcoin network can be estimated to consume at least 2.55 gigawatts of electricity currently, and potentially 7.67 gigawatts in the future, making it comparable with countries such as Ireland (3.1 gigawatts) and Austria (8.2 gigawatts). Economic models tell us that Bitcoin's electricity consumption will gravitate toward the latter number. A look at Bitcoin miner production estimates suggests that this number could already be reached in 2018.

To a person new to Bitcoin this likely seems rather stupid.  Why are we rewarding bitcoins for destroying the planet?  Why can't we reward them for feeding the hungry or saying kind things.  What Bitcoin Maximalists will say is that trade off between miner and the release of the bitcoin was the best way to ensure that the network grew in computer power to handle its blockchain.  This reward system was created to get stakeholders and keep them involved.

So what is the cure to this?

Well one way being put forth is to use environmentally friendly or renewable energy to mine Bitcoins.  An idea like this was put forth by Álex Sicart who is helping to launch Spain's largest Solar Farmed Bitcoin Mine.  Alex proposed two solutions in an interview with Business Insider saying: "we either have to make the algorithms used to mine cryptocurrency more efficient or find a way to mine them with renewable energy, like solar energy."

That idea may indeed sate the thirst of some of Bitcoin's critics however the economist in me can't help but notice a tremendous amount of waste.   Yes, this is a really cute idea but I can't get over my first thought when I learned about Bitcoin Mining.  Bitcoin Mining is really stupid.

Please don't tar and feather me, hear me out.

If we were to assume that Bitcoin's could be rewarded in an alternative and more efficient fashion then all the costs and resources going toward Bitcoin Mining are a waste.  This would include Energy, Power plants, transport costs, costs to manufacture electronics, Rare Earth Metals, Batteries, and Labor lots and lots of Labor.  All of these resources could be put toward something else. So they are a waste.  Waste is stupid.  This means that Bitcoin mining is stupid.

When I consider this fact I see the renewable energy solution as being akin to using a bulldozer to smash through a brickwall obstructing a path.  The problem the bulldozers often find in such situations is that the wall in front of them is not really a wall but but a big ass mountain and no amount of smashing into it is going to allow you to get through.  You don't smash through mountains, you go around them.  You pivot.

There are other ways to gain Stakeholders that can be used to reward Bitcoins that would not create this run up in mining costs.  If Bitcoin Stakeholders are not willing to pivot on the issue there are altcoins that will and that could make the difference.  This could be the opening that Flippening fans have been waiting for.

To those who can't see another way but a Proof of Work model I would ask you to consider if there is a way to do it more efficiently?

This can has been kicked down the road for awhile but in this competitive atmosphere someone is going to solve it, and I don't think the answer will be renewable energy. To the winner go the spoils.


This Post was Written by Kid Crypto!
Kid Crypto is a crypto researcher out of Denver Colorado.  His opinions are his own and not that of Darkstreet.
If you have a question or a story idea can send to Kid on Twitter:
https://twitter.com/KidCrypto1


Important Disclaimer: Dark Street does not endorse any financial vehicle or investment. Opinions expressed on Dark Street are those of the writers and not of Dark Street. The information provided in Dark Street including but not limited to; articles, notes, webinars and accompanying material is for informational purposes only. It should not be considered legal or financial advice. You should consult with an attorney or other professional to determine what may be best for your individual needs. Dark Street does not make any guarantee or other promise as to any results that may be obtained from using our content. No one should make any investment decision without first consulting his or her own financial advisor and conducting his or her own research and due diligence. To the maximum extent permitted by law, Dark Street disclaims any and all liability in the event any information, commentary, analysis, opinions, advice and/or recommendations prove to be inaccurate, incomplete or unreliable, or result in any investment or other losses. Content contained on or made available through the website is not intended to and does not constitute legal advice or investment advice and no attorney-client relationship is formed. Your use of the information on the website or materials linked from the Web is at your own risk.
Labels: Bitcoin Mining cryptocurrency cryptomining Darkstreet Environmental Costs