Barclays says Bitcoins is dead, Bitcoin then grows 14% in an hour 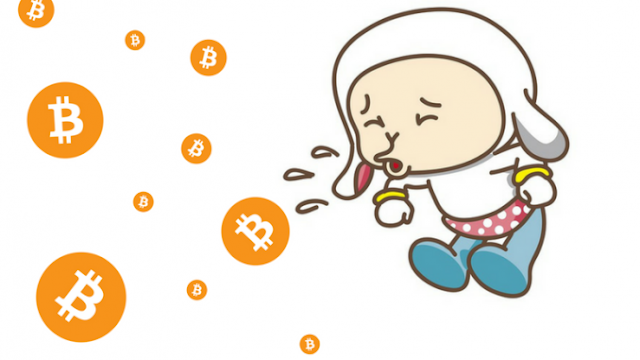 Sometimes Banks and Financial analysts say really stupid things.  They make big models and use a lot of intelligent sounding models.  It is important though to really think through what they are saying, because sometimes beneth their shiny veneer is really silly set of assumptions.

A few days ago Barclays came out with a model that compared Bitcoin to a temporary fad like Influenza with the idea that as people get vaccinated/immune it will die out.


This is a horrible comparison to make against an entity that is designed to literally never die, and is just now beginning to hit the mainstream.  Would Barclays use this model on the US Dollar or the British Pound?  Both of those currencies have far greater longterm weaknesses than does Bitcoin.

But as if to illustrate how wrong the Barclarys model was Bitcoin and other cryptocurrency prices jumped.

Bitcoin spikes 14% in less than an hour

Wait Barclays hold the phone I thought this worked like Influenza and was burning itself out?  What you mean that a 14% spike was not in your model?  What you mean Influenza does not work like that? Whoops that obviously was a stupid comparison.  This best response to the Barclay's model is a simple........Duh.  Yet because it was created by an organization with a veritable name the story was reported everywhere.

Anyone who has followed Bitcoin since it was a $100 has dealt with literally hundreds of these arguments a week.  What amazed me about this one is how much it was pushed, for being so totally stupid.  I could tear through every premise of the arguments that their model was built on.

Differences between Influenza and Bitcoin is that Bitcoin and the people that support it are not going anywhere.  Why is this true - Well


So if you accept that Bitcoin and a large amount of supporters will always exist then it can not be an influenza that dies out.  It would not even surprise me tomorrow if a country said we are making Bitcoin our official currency then what happens to your influenza model?

I make absolutely no promises on where Bitcoin goes and honestly I think Bitcoin has a lot of problems which is why we are seeing the rise of certain Altcoins.  However, an Influenza comparison is downright stupid and any financial analyst  or bank that publishes something that dense should get laughed off the stage.


Lets get a few things straight, Bitcoin / cryptocurrency is still far from perfect!
1) Cryptocurrency's have a value that can go up or down.
2) Models determining what that value should be are in their infancy and there is a tremendous amount of volatility in the space.  As a value investor this greatly frustrates me.

3) When it comes to Cryptocurrencies it is very difficult to imagine scenarios where cryptos fully die.  Even cryptocurrencies like Bitcoin that have been left leaderless will continue to live.  They will in some way or form outlast almost everything.  A crypto can lose a lot of value but it will always be there.
4) The thoughts and ecology of cryptocurrency is still in its infancy, it has a tremendous amount of people left to bring in, and institutions AND YES EVEN COUNTRIES.
5) The smartest people in the world are leaving banks for the cryptocurrency field.  The most brilliant and best minds on our planet are in this space right now.  If I did a townhall at Harvard or MIT on cryptocurrency it would be standing room only.  Barclays and the other banks can not afford the top tier crypto talent.  The crypto world can afford their top talent though.  The banks are being raided for their best minds as we speak.

In short, if Bitcoin is an influenza it is at the very beginning and by the time it ends Barclays won't be around to worry about it anymore.


Important Disclaimer: Dark Street does not endorse any financial vehicle or investment. Opinions expressed on Dark Street are those of the writers and not of Dark Street. The information provided in Dark Street including but not limited to; articles, notes, webinars and accompanying material is for informational purposes only. It should not be considered legal or financial advice. You should consult with an attorney or other professional to determine what may be best for your individual needs. Dark Street does not make any guarantee or other promise as to any results that may be obtained from using our content. No one should make any investment decision without first consulting his or her own financial advisor and conducting his or her own research and due diligence. To the maximum extent permitted by law, Dark Street disclaims any and all liability in the event any information, commentary, analysis, opinions, advice and/or recommendations prove to be inaccurate, incomplete or unreliable, or result in any investment or other losses. Content contained on or made available through the website is not intended to and does not constitute legal advice or investment advice and no attorney-client relationship is formed. Your use of the information on the website or materials linked from the Web is at your own risk.
Labels: Barclays Barclays is stupid bitcoin bitcoin bubble bitcoin influenza Darkstreet influenza