Does the future of money depend on cute kitties? 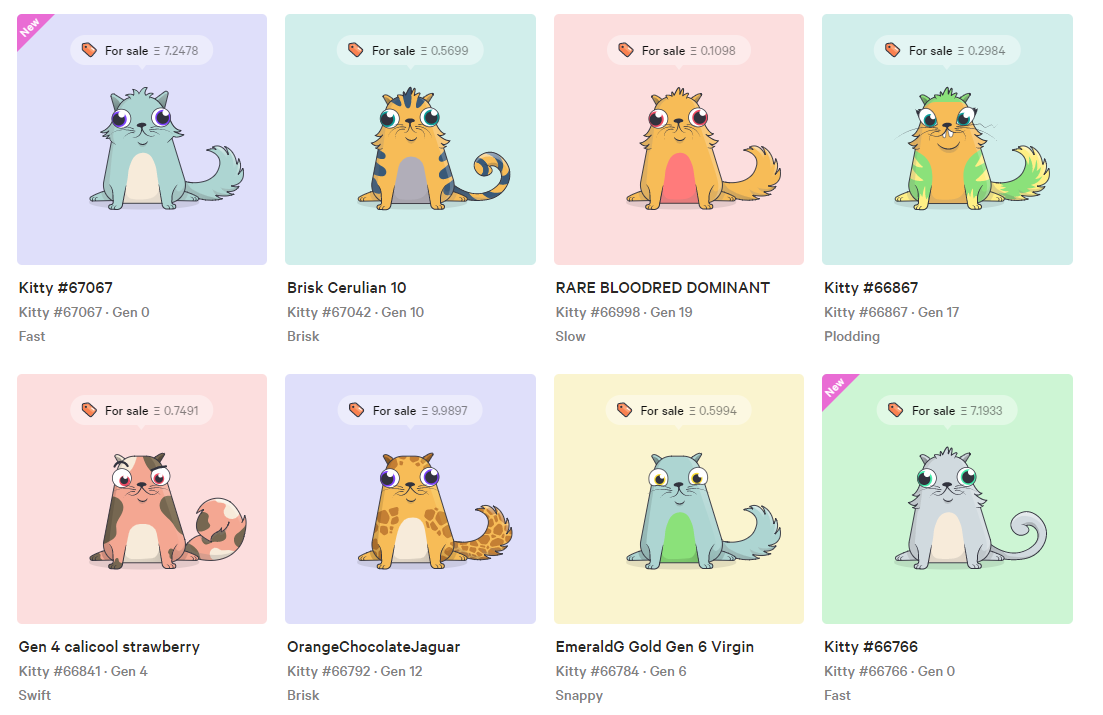 CryptoKitties is a game using Crypocurrencies

Cryptocurrency has gone from a nerd novelty to a technology that is bringing in billions of dollars.  Many investors are entering the field to purchase various cryptocurrencies and storing that money.  The two primary components of a currency are that is it USED for transactions and that it can STORE value.  Crypto's proven they can store value however they have up until now been limited on the types of transactions an investor can use them form.

Enter the game........CryptoCats a game that uses blockchain as a recording mechanism and uses the crypto currency ethereum as its medium of exchange.

In Crypto Cats users can collect, buy/sell and breed cute kitties.  Each cat has its own genetic code with certain traits being very rare.  Users can breed their cats with certain probabilities of the genes being passed down to their offspring.  The more rare the genes the more collectible the kitty.  Users are thus treating the cats like digital beanie babies.

The genius of this game is that it is pulling in users in the cryptocurrency sphere just to try out the game.  Amusingly, if you are a person like me who believes that cryptocurrency is inevitable part of the future then this game will likely make up more than a foot note in future history books.  This could actually be the model that leads to greater usage and full on adoption. 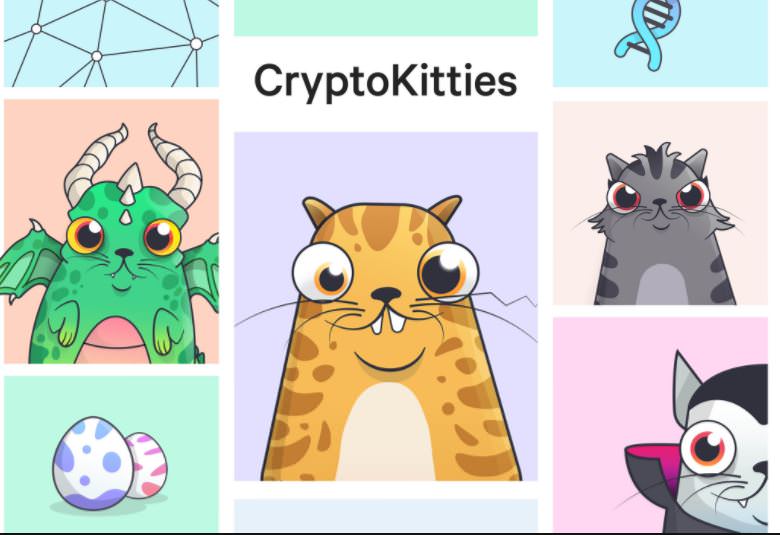 Want to buy your own Crypto Kitties?

How to get started playing Crypto Cats.   You will need to purchase some Ether to play the game.

I found this video that does a good job at explaining how to get started.

VANCOUVER, Nov. 28, 2017 /PRNewswire/ - CryptoKitties is the world's first game built on the Ethereum network. Releasing to the public on November 28th, users can collect and breed digital cats called CryptoKitties. The game uses ether (ETH), a digital currency, for all its transactions.

Most of the game's appeal comes from its breeding system and the unique offspring that can emerge from it. When two CryptoKitties breed, their offspring's appearance, biography, and traits result from each parent's 256-bit genome, leading to 4-billion possible genetic variations.

"The CryptoKitties economy is entirely decentralized and impossible for the development team to manipulate," says Dieter Shirley, CryptoKitties' Technical Architect. "Anyone on the team with knowledge of the breeding algorithm is prohibited from playing."

On Thursday, November 23rd, CryptoKitties launched its closed beta to 200 early access users. Within three hours, the decentralized app (dApp) was the third most active smart contract on the Ethereum network, accounting for roughly 2% of all Ether transactions.
Since then, over 25 ETH (roughly $11,750 USD) has been used to collect and breed CryptoKitties, and there are roughly 34 CryptoKitties for every early access user.
CryptoKitties launched their alpha at ETHWaterloo, the world's largest Ethereum hackathon, in October, 2017. The team also won the hackathon with Rufflet, a mixpanel application for smart contracts.

"The reaction to CryptoKitties in Waterloo was incredibly validating," says Benny Giang, CryptoKitties' Head of Community. "We helped crypto newcomers set up a MetaMask wallet, call a function on our smart contract, and come out of the other end being super enthusiastic about everything blockchain."

Dmitry Buterin, founder of BlockGeeks, and father of Vitalik Buterin, the founder of Ethereum, was an early CryptoKitties advocate. Buterin helped design an exclusive CryptoKitty that the game's community can unlock through breeding.

Unlike most blockchain projects, CryptoKitties ignored the traditional ICO approach, opting instead for a sustainable revenue model. A small percentage of each marketplace transaction will support the project, though it's possible for users to avoid this small fee by operating outside of the CryptoKitties' supported marketplace.

"Our approach to brand and marketing is, in part, a tongue-in-cheek critique of the ICO market today," says Elsa Wilk, CryptoKitties Marketing Director.

"Blockchain technology could be the biggest technology revolution since the Internet," says Wilk, "but opportunists, investment froth, and a lack of consideration for everyday consumers is distracting folks from the technology's long-term potential."

CryptoKitties is developed by Axiom Zen, an award-winning venture studio specializing in emerging technology. CryptoKitties team members include startup founders, early crypto advocates, and blockchain specialists from a diverse range of backgrounds.
About Axiom Zen: Axiom Zen is a venture studio with offices all over the world and headquarters in Vancouver, BC. Specializing in emerging technology, Axiom Zen was named first among Canada's Most Innovative Companies by Canadian Business. Their products are used by Adobe, Microsoft, and NASA's Jet Propulsion Laboratory, with numerous accolades from Apple and Google.
Axiom Zen is the team behind CryptoKitties.


Important Disclaimer: Dark Street does not endorse any financial vehicle or investment. Opinions expressed on Dark Street are those of the writers and not of Dark Street. The information provided in Dark Street including but not limited to; articles, notes, webinars and accompanying material is for informational purposes only. It should not be considered legal or financial advice. You should consult with an attorney or other professional to determine what may be best for your individual needs. Dark Street does not make any guarantee or other promise as to any results that may be obtained from using our content. No one should make any investment decision without first consulting his or her own financial advisor and conducting his or her own research and due diligence. To the maximum extent permitted by law, Dark Street disclaims any and all liability in the event any information, commentary, analysis, opinions, advice and/or recommendations prove to be inaccurate, incomplete or unreliable, or result in any investment or other losses. Content contained on or made available through the website is not intended to and does not constitute legal advice or investment advice and no attorney-client relationship is formed. Your use of the information on the website or materials linked from the Web is at your own risk.
Labels: blockcahin buterin crypto cat game crypto kittys cryptocats cryptokitties ether ether cat ethereum Vitalik Buterin