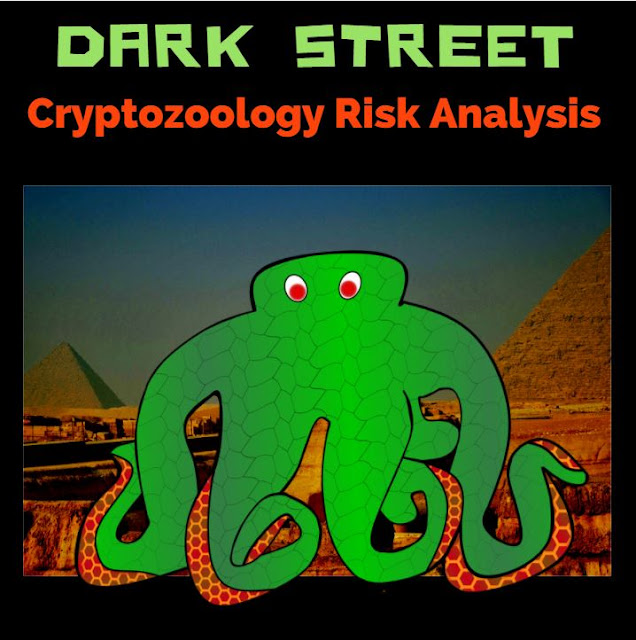 In our CryptoZoology series will be highlighting the potential lurking monsters ready to strike at emerging financial ideas including the Great Old One - John Maynard Keynes.

Cryptozoology - the search for and study of animals whose existence or survival is disputed or unsubstantiated, such as the Loch Ness monster and the yeti.  In the case of our series we look for monsters who can influence or break the cryptocurrency instruments.  These monsters are risks that are lurking in the world with potential to cause mass devastation.


Practical men who believe themselves to be quite exempt from any intellectual influence, are usually the slaves of some defunct economist. Madmen in authority, who hear voices in the air, are distilling their frenzy from some academic scribbler of a few years back. - John Maynard Keynes


If Cryptocurrency were a Lovecraftian universe then John Maynard Keynes would be its Cthulhu.  He is the giant old one, whose existence and arguments could literally cause insanity to those who seek to believe in the longevity of cryptocurrencies.  While Keynes is often quoted inappropriately his arguments and philosophy should not be ignored as they can and do affect the true value of financial assets.

How to understand Keynes?  Well one of the best ways is to contrast the economic theories of Keynes vs the Austrian School of Economics or one of its champions like Frederick Hayek.  Since we are already having fun, lets double down and provide a summary of their arguments in the form of a rap battle.

The key component of Keynesian economics is understanding his equation of Aggregrate Demand.  Keynes managed to come up with a simple equation to explain Aggregate Demand


Aggregate demand is the sum of individual demand curves in the economy or in different sectors of the economy.

The crux of Keynesian economics is for governments to use G or government spending to increase Aggregate Demand in particular when the economy is a recession.  Keynesian Economics also favors an inflationary monetary supply as a slowly dropping currency value favors those who take out loans and also spending (Consumption) in the above model.  Keynes believed that thrift or Saving money had a negative effect on the economy and that encouraging people and businesses to spend money would effectively encourage economic activity.  In the Keynes world that (Makes up the bulk of the government and banking systems) a money supply must be able to grow to constantly engage in quantitative easing or increasing the money supply and generating some inflation.  Likewise the force to be the most feared is deflation where money grows in value.  Deflationary cycles lead to times where saving is highly encouraged and spending is penalized.  To a Keynesian deflationary cycles do little but sap the economy.

Many Cryptocurrencies use more of Hayek / Austrian school of economics style argument to justify their values.  In large part this is due to the major fiat currencies being run in Keynesian style that are constantly inflating.  Investors have begun to attractively at currencies that are not only apart from the fiat currencies but also act differently.  Bitcoin for example has an increasing supply based off of block mining but also has a fixed point whereby the supply of bitcoins will no longer grow.  This point for Bitcoins is around 21 million bitcoins.  Bitcoin was based off a non inflationary currency in that of Gold that has a fixed supply.  The limited amount of bitcoins is sited as a reason why Bitcoins will be scarce and thus their value will assuredly grow.

There is a Keynesian counterpunch though that Cryptocurrency investors should be aware of. Through a  Keynesian perspective a currency without expansionary qualities has limited economic use compared to an expansionary one.  In his eyes the scarcity is more of detriment to its usability as economic fiat.  Thus while Bitcoins supply may remain fixed, so to will its economic uses and thus its value will be unhinged from the economy and based on the whims of its speculators and not on true economic activity.   To Keynesian the scarcity of bitcoins its actually that currency's Achilles heel.

To understand this concept consider getting a loan in bitcoins.  You buy house for $200,000 dollars worth of bitcoins.  Then bitcoins quadruple in value based off of people speculators in that market and the limited supply of coins.  Due to the value of bitcoins quadrupling you now owe the equivalent of $800,000 on your loan (Minus what ever you have managed to pay off).  It is for this reason why deflationary styled currencies are not likely to take off for loans.  However, by not being popular for loans then bitcoin is surrendering a massive amount of economic activity to other more inflationary currencies.

The Austrian School may in turn retort that endless inflation and quantitative easing have rendered interest rates on bonds and savings accounts negligible which hurts those attempting to save for retirement.  They would also argue that if Bitcoin were fully adopted as a currency of exchange its price fluctuations would stabilize to the point where one would begin to see a slow rate of return and not the rampant swings seen today.

There are a slew of crypto currencies coming out and there are variety of factors to consider in terms of Keynesian and Austrian Economics.
1) Is the total amount of money capped?
2) Is the cap somehow variable or hard?  Does the cap change based off of underlying factors?
3) What rate will money supply be released?
4) Does the currency have tethers to other forms of value / uses or pegged assets.
5) How fast can the currency be transacted
6) How safe is the currency

Currencies whose path is more inflationary may not be as attractive as a deflationary one on its face.  However, it could be argued that the currency could have an easier time being used as an economic medium and that companies or technology built around that style of currency could be better off and even flourish.

At its core consider that Currency has two primary purposes:
1) A medium for exchange
2) A store of value
As variables shift on a currency how it accomplishes these two purposes are effected.

It is easy to write off Keynes as the value of fiat currencies drop and public debts continue to climb but keep in mind that his philosophy has been the bedrock of modern finance for a 100 years.

Don't underestimate him, do understand him.


Important Disclaimer: Dark Street does not endorse any financial vehicle or investment. Opinions expressed on Dark Street are those of the writers and not of Dark Street. The information provided in Dark Street including but not limited to; articles, notes, webinars and accompanying material is for informational purposes only. It should not be considered legal or financial advice. You should consult with an attorney or other professional to determine what may be best for your individual needs. Dark Street does not make any guarantee or other promise as to any results that may be obtained from using our content. No one should make any investment decision without first consulting his or her own financial advisor and conducting his or her own research and due diligence. To the maximum extent permitted by law, Dark Street disclaims any and all liability in the event any information, commentary, analysis, opinions, advice and/or recommendations prove to be inaccurate, incomplete or unreliable, or result in any investment or other losses. Content contained on or made available through the website is not intended to and does not constitute legal advice or investment advice and no attorney-client relationship is formed. Your use of the information on the website or materials linked from the Web is at your own risk.
Labels: austrian austrian school of economics crypto monsters cryptocurency cryptocurrency cryptocurrency news cyrpomonster hayek Keynes Keynesian