Effects of China's Regulation on Cryptomarkets 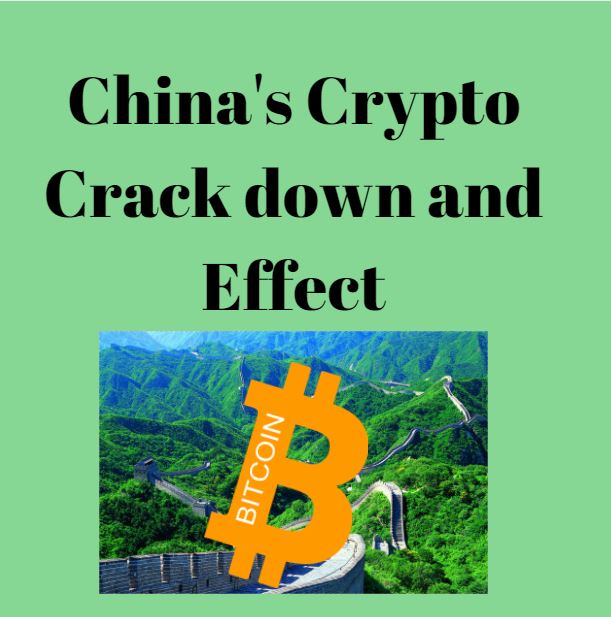 Early in Feb various news reports tied to the government of the People's Republic of China began to point toward and increased crackdown on Cryptocurrencies within the mainland.  Combined with other market news this news spooked Crypto investors and led to a sell off.  Since this time the cryptomarket has begun to climb.

While purchasing ICO's (Initial Coin Offerings) had already been banned they were still occuring. In a report on Financial News (News site linked to the People's Bank of China) authorities were quoted in a translated article of South China Morning Post as saying


"To prevent financial risks, China will step up measures to remove any onshore or offshore platforms related to virtual currency trading or ICOs,"

The government went on to say that its past attempts to regulate the market had failed.

In addition to the banning of ICOs the Chinese government has also taken the step of calling blockchain technology in ICOs to constitute a form of illegal financing.  The Government also forced the domestic Bitcoin Exchange in China known as BTCC to close.

Despite the ramp up in regulation a new report on Feb 12th by Xinhua reveals that investing in cryptocurrencies in mainland China continues to be relatively easy through offshore platforms.  However, the regulators are seeking to block a access of domestic users seeking to access the platforms.

What effect has the Chinese government's move had on Cryptocurrency Markets?

The news reveals a few things.  First some governments including some very large ones like China may try to block the creation, investment and use of Cryptocurrencies.  Creators of cryptocurrencies however are capable of maintaining some resilience to government efforts to block them.  The seeming impotence of the government may be cheered by crypto investors but the government was successful in a few areas.  The efforts of China have caused various businesses and ICO to move outside the country.  It also certainly harder to invest in cryptos and to use them.

There are certainly some Cyberpunk, Anti-Authoritarian vibes in the Cryptocurrency culture that feed off the Cat and Mouse game going on here.  Crypto enthusiasts will continue to find ways to allow investors to trade in the currencies even as the goverment continues to shut those ways down.  Investors will need to continually weigh the effect here by the regulators of China and other countries on the potential investment into cryptos.

The other major effect here that is not being talked about is how moves by regulators could effect the Cryptocurrencies use case.  Cryptocurrencies have two primary purposes:
A) Store of Value
B) Medium of Exchange (Use)
Currencies like Bitcoin have used their built in scarcity to argue that they make a good store of value.  They have also made the case that blockchain technology would allow for a future where they usability would be superior to current modes of fiat currency.  The fact that the currencies are not tethered to a government has been used as a positive trait.  Governments actions positive or negative will not have an affect on the cryptocurrency.

If you can not use Bitcoins to buy a latte in China does it means that their use as a medium of exchange is diminished?  I would argue yes.

While I don't see losing a market like China entirely destroys the value argument for cryptocurrencies it definitely still hurts it.

One question I have is if the cyberpunk attitudes of the cryptocurrency market are creating a self defeatist cycle whereby the currencies will be forced into the fringe of the market place and thus defeat their purpose of being in the first place.  It beggars the question of what could occur if a crypo currency went against the trends of the others and tried to make itself legitimate and eased the concerns of many large governments.  Getting approval of all government regulators may not be possible but even a few big countries could be enough to strengthen the use (Meduim Exchange) component of the Cryptocurrency.  I have heard hints of some future currencies going this route and am curious to see how the crypto markets react to them.


Important Disclaimer: Dark Street does not endorse any financial vehicle or investment. Opinions expressed on Dark Street are those of the writers and not of Dark Street. The information provided in Dark Street including but not limited to; articles, notes, webinars and accompanying material is for informational purposes only. It should not be considered legal or financial advice. You should consult with an attorney or other professional to determine what may be best for your individual needs. Dark Street does not make any guarantee or other promise as to any results that may be obtained from using our content. No one should make any investment decision without first consulting his or her own financial advisor and conducting his or her own research and due diligence. To the maximum extent permitted by law, Dark Street disclaims any and all liability in the event any information, commentary, analysis, opinions, advice and/or recommendations prove to be inaccurate, incomplete or unreliable, or result in any investment or other losses. Content contained on or made available through the website is not intended to and does not constitute legal advice or investment advice and no attorney-client relationship is formed. Your use of the information on the website or materials linked from the Web is at your own risk.
Labels: bitcoin China crypto crypto regulation cryptocurrency cryptotrading